What’s the difference between the AC joint and the shoulder joint? 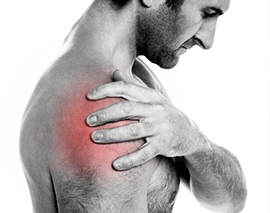 14 Dec What’s the difference between the AC joint and the shoulder joint?

Kyrie Irving will reportedly be lost to the Cavaliers once again, this time with an acromioclavicular (AC) sprain suffered in the third quarter of Sunday’s game. It was estimated that he would miss three to four weeks of action.

For many players, that is an optimistic timeframe, though the accuracy of this prognosis also depends on the severity of the injury (not known as of this writing). However, Irving, who has had a rash of injuries in his short NBA career, has a history of relatively quick comebacks. That may have something to do with being 20 years old!

Cleveland is 8-21 with Irving on the bench, winning just four of 10 this season. With the Cavaliers not headed to the playoffs, it seems pointless to push Irving back on the court for just the final few games of the regular season. It would be understandable were the circumstances different.

It’s better to take a longer view on this one.

As for any sprain, Irving’s injury will be graded from one to three, with a Grade 1 being a mild stretch of the ligaments that stabilize the joint, a Grade 2 causing more significant disruption and a Grade 3 being a complete rupture of the AC ligaments.

The difference between the AC joint and the shoulder joint