Posted at 15:12h in Concussion Care, NYSMI News by Admin

A concussion — caused by one or several impacts to the head — is bad news for an athlete. A concussion can take a player out of action for months, so this is something that many players try hard to avoid. Professional teams will often hide any news of concussion-like symptoms, in order to keep their star players playing.

Recent news from the LA Times shows that 2017 Super Bowl champion Tom Brady may have played through a concussion during the 2017 season. This is very dangerous because playing with a concussion increases the risk of suffering another one significantly. It is important to tell doctors and trainers all symptoms when a concussion is likely.

Other reports from USA Today show hockey All-Star Sidney Crosby suffered several concussions during the season and the playoffs. This is concerning to hear from the professional sports level because it sets a bad example for lower level and youth players’ safety. When it comes to head injuries, there is a lot more at stake than just a game. It is very important to be open and honest about symptoms with coaches and trainers.

Coach Sullivan: “Sid has been diagnosed with a concussion. He will be out for tomorrow’s game. We will evaluate him from there.” pic.twitter.com/9Gwph8UDPb

To provide a better understanding of the importance of proper evaluation and treatment of a possible concussion, and the risks associated with concealing symptoms, New York Sports Medicine Institute’s Dr. Carolyn Thompson, who heads the practice’s Concussion Care Team, answered a series of concussion-related questions.

What is the risk of continuing play after suffering a concussion?

After sustaining a concussion, it is extremely dangerous to continue playing that day and until you are fully recovered. When you are concussed, your balance, vision, decision making skills, and cognition may be impaired, which could lead to further injuries. You are also at risk for second impact syndrome, which can result in a severe brain injury, even leading to death.

How do you think concussions should be treated?

Anyone with a suspected concussion should be evaluated immediately on the sideline by a medical professional. The first course of treatment will involve removal from the game and managing immediate symptoms. In some cases, the on-field medical professional may recommend the player go to the emergency department for further evaluation.

Have you seen any evidence of players being dishonest about their symptoms?

Occasionally I have encountered players who try to downplay their symptoms in order to stay in the game. Fortunately, symptoms are only one of the components for diagnosis of concussion. The physical exam can elucidate the diagnosis and we always err on the side of caution.

How would you approach a situation where a player is trying to avoid being diagnosed?

I explain the dangers of avoiding diagnosis and remind players that their brain health is more important than their performance in one game. This is always a tough part of the job.

Adam Schwall is a senior at Scarsdale High School where he is a member of the varsity lacrosse team. He is participating in a six-week internship at New York Sports Medicine Institute, and he will attend Tulane University in the fall. 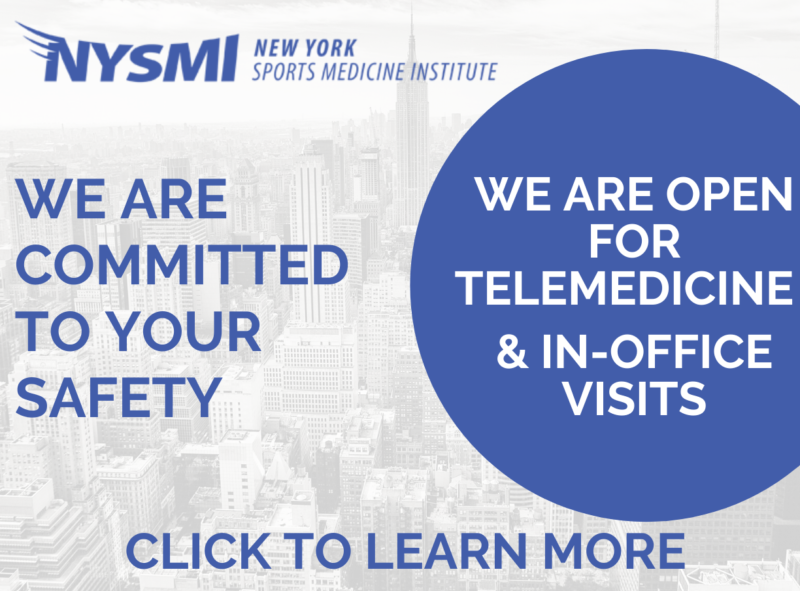